Connors State College is profoundly saddened to hear of the passing of Gail Cooks. Gail Cooks, who played for the Connors State Cowgirls from ’85 to ’86, was a first-team Bi-State Conference selection, an NJCAA honorable mention All-American and played point guard on our National Championship team in 1985.

A graduate of Macomb High School, she later worked as a paraprofessional with Macomb Public Schools as well as volunteering with the Brooksville Volunteer Fire Department. She has four children, Chelsea, Jamie, De’Neisha, and Nikki, and 6 grandchildren.

“By the end of her sophomore year, Gail was one of the best players we have ever had at Connors. As good as she was at basketball, however, she was an even greater person. She was the true reflection of amazing parents and family. Her personality was the perfect combination of orneriness and sweetness. I love her and her family, and I will truly miss my girl.” – Former Cowgirls Coach Monte Madewell (’79-’90) 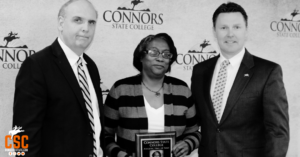 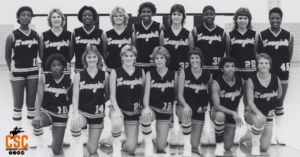 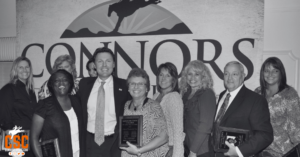